Great result yesterday for small, niche business owner and family. Saved his driving licence or his business would have collapsed.

There has been a huge rise in Litigants In Person, that is people representing themselves at court. Many people are no longer entitled to legal aid for divorce or separation proceedings and so they decide that they will represent themselves. However, often this isn’t necessary as there is now litigation funding in place to help you. In effect it is a loan repayable when you obtain your Settlement monies. 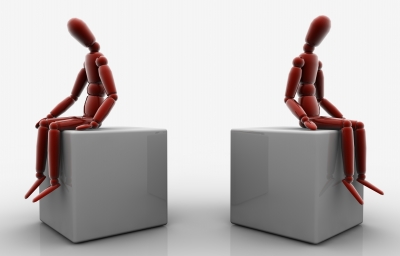 Usually I have no idea as to how these folk fare in the court arena. I had assumed that the judge would patiently help them through the process, which is not an easy process from a layperson’s point of view. However, more recently I have been told about judges being less than helpful and sometimes rather rude. I have friends who are judges and I know how frustrated they are. It is not helpful when the court lists five contested hearings for one judge in a day. If those cases involved solicitors there is a good chance that some, if not all, would settle in the court corridor following some initial guidance from the judge. When there are no solicitors to help the clients they are far more likely to take up most of the day presenting facts that may be more emotional than legal.
A number of people who I know, or know of, have had some rather bad experiences using the court system on their own.
In one case a man, who I shall call Steve, decided to leave his wife for another woman. He didn’t want to use a solicitor and asked his wife to obtain precedent documents from her lawyer friend. The friend sent Sally a blank document showing various clauses that would be contained in an order negotiated via Solicitors. I was therefore shocked to find that Sally had told Steve that he had to pay monies to her under every clause in the document. Steve had for years paid far more than any court would ever have expected him to pay. He had probably overpaid by about £15,000! All because he thought it would be cheaper to take part in DIY divorce than obtain help from a Solicitor at the time. 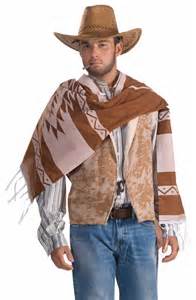 Another person I know has been battling on with, what to me, is a fairly simple Financial Settlement case following his divorce. I have advised him that even though he can’t afford up front legal fees he could easily obtain a funding loan which would be repaid once he receives his Settlement. He could even make monthly payments to us if he were our client. It is glaringly obvious how the case would settle if there were two solicitors involved. I can’t believe how many hearings my friend has attended. So far he has upset the judge by being rude, this led to an order being made against him which has cost him a few thousand pounds. He has failed to produce documents, then he produced the wrong documents. The judge must be beyond irritated by now.
Why Should You Instruct a Divorce Solicitor?
Obtaining legal advice at an early stage can help to put your
mind at rest, it can help you to plan ahead and it can ultimately help to reduce your legal costs. For the price of a fixed fee interview you can learn the steps that you should take to help yourself. It may be that your partner is running up debt to impress a new partner.

Early advice on how to protect yourself could actually be the difference between you saving or losing your home.
At Emmersons Solicitors Family Law Department we always present our clients with a range of options to try and keep their cases out of the court process. The second case listed above would probably have settled a year ago if we had arranged Round Table Meetings with the couple in question. They are clearly still angry with one another, the chance to vent their anger at the start of the first meeting would probably have cleared the air. If not then the couple could have been referred to a Family Therapist.
At Emmersons we use a Family Therapist who will see a couple together on one or more occasions. The focus is on helping the couple to work through their issues, often issues from their past that they don’t realise are causing their current behaviour. This has been useful for a number of our clients. They have then been able to discuss their settlements and the needs of their children in a clearer, less angry way. Ultimately they have avoided court and have achieved faster resolutions thus enabling them to move on with their lives.
In many other cases we have been able to obtain all relevant financial information in relation to both parties, we have summarised the same, formed a view, requested information which has been hidden (we can often spot this from entries on bank statements or credit cards) and moved on to a negotiated settlement without the need for contested court proceedings or even meetings between the parties.
Ultimately, the danger to you of not instructing a solicitor is that you don’t know what you don’t know!