You may have thought of taking to the air in a small plane or glider on a warm Sunday afternoon. What a thrill! What a chance to undertake a new venture.
What if the pilot is going to Court on a Sunday? “What?” you might cry. “Why?”
Mr Herbert is a Government minister who is full of ideas. His ideas will be inspired by civil servants and advisers. The model is the way that Magistrates Courts dealt with the rioters.
Is this necessary?
No.
There is a huge reduction in cases going to the Magistrates Courts. Out of Court disposals are very popular with the Police-a caution or conditional caution or fixed penalty saves the Police Officer having to do very much work. Court cases take up time, money and energy.
There is a backlog in Crown Court. Why not try the pilot there? Because Judges and barristers aren’t as short sighted as Solicitors, Magistrates and others.
There is no way Mr Herbert could get a weekend Court pilot up and running.
Who is this pilot supposed to help? Victims. It is less inconvenient apparently to go to Court at a weekend than to take time off work. But aren’t witnesses compensated if they take time off work? Yes they are. But if they don’t take time off work and use up their spare time then that saves money.
The truth is the whole idea is flawed. Mr Herbert isn’t interested in talking to the Defence Solicitors. He doesn’t care what we think. He, and of course he has no experience at all of the Court systems, believes he and his civil servants and his advisers know best.
The oil in the Criminal Justice engine is “goodwill”. All the professionals realise that without it the system would grind to a halt.
Because Mr Herbert doesn’t know what he is talking about he doesn’t understand that simple point.
If he really was interested in saving money instead of wasting it then he would look at why there is such a backlog in listing cases in the Crown Court.
In any event I doubt very much he will be in post for much longer. We are due a shuffle and he is bound to move on. 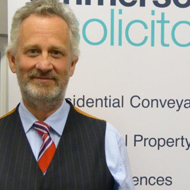